Back to all posts

I had a damn good time making these playlists on Spotify, and I'd love to share them with you.

Enjoy AND if if you want to give it a 'follow', it's a free and easy way to help us to continue spreading the music around during the shutdown of live music.

Here's what we've got: 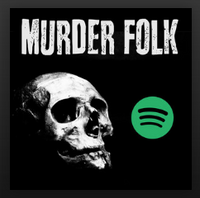 Murder Folk: I love a good murder ballad, and that’s all that’s on this morbid little playlist. I’ve been keeping up with with one for the last decade or so. feat. songs by Bruce Springsteen, Tom Waits, Nick Cave, Leonard Cohen, The Violent Femmes, Johnny Cash and more. 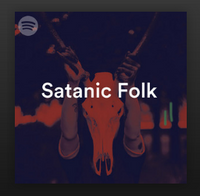 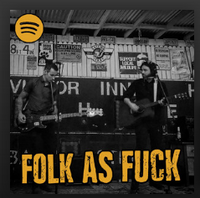 Folk As F**k: This playlist originally started as a showcase of the artists I’ve met and shared the stage with on the road. Over time I’ve opened it up to included some of my favorite artists and influences as well. Sure, there's a lot of folk, but a bunch of Alt Country and other sorts of twang in there too.
feat. songs by Bright Eyes, Lydia Loveless, David Dondero, Off With Their Heads, Neutral Milk Hotel, The White Buffalo, Jon Snodgrass, and more. 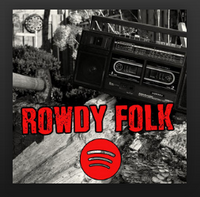